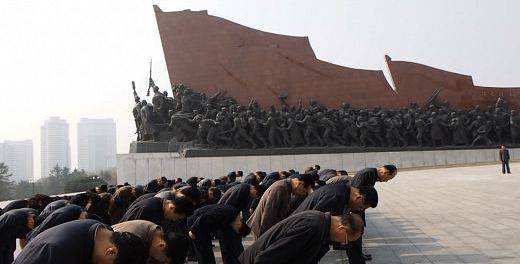 North Korea, formerly known as the hermit kingdom, is perhaps the largest source of instability as regards world peace. Its border is one of the most militarized in the world.

The lack of impartial information, both inside and coming out of the country, is the perfect setting for a propaganda war, which will be analyzed in the film through numerous examples of the surprising way in which information is manipulated, in and about North Korea.

Alejandro Cao de Benos, the sole foreigner who works for the DPRK Government, and many locals will show us their vision of the reality in North Korea.

The other side of the story will is reflected through interviews to South Korean citizens, human rights advocates, diplomats and propaganda experts. Directed by: Álvaro Longoria.

(I had to reduce the video to a smaller format size, in-order to upload.)

Watch rare interviews and news reports in our Documentaries section.