Children gather together in a refugee camp in Iraq. (Photo: Amy McTighe).

The latest report on Iraq’s refugee crisis from International Organisation for Migrants (IOM) identified five-hundred and sixty-nine thousand, seven-hundred and twenty-two (569,722) families forced to flee their homes from January 1st 2014 to the 31st of March 2016; accounting for a total of three-million, four-hundred and eighteen thousand, three-hundred and thirty-two (3,418,332) men, women and children internally displaced Iraqis living in sub-humane conditions.

Last month (March 2016) between the 2nd to the 31st, an increase in displacement was recorded in the governorates of Anbar at 48,378 individuals and in Salah al-Din 23,718 individuals are homeless due to ongoing military operations. 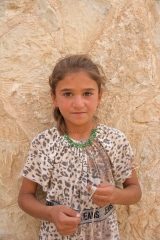 Anbar is currently reporting multiple population movements due to ongoing conflict, including in the district of Heet. Repeated displacement flows have been observed from Heet to Ramadi district, where more than 30,000 IDPs were identified between March and April 2016. This complex situation is further exacerbated by internal displacement affecting some areas of Ramadi district.

Since the beginning of March, within Anbar governorate, DTM Emergency Tracking identified an estimated 71,000 returnees (11,800 families) who have returned to their habitual residences in areas of Ramadi district, from within and outside the governorate of Anbar.

Of these returnees, 6,726 individuals (1,121 families) returned between the 11th and 16th of this month (April). IOM will continue to closely monitor the numbers and overall situation of IDPs and returnees in Ramadi and Anbar. 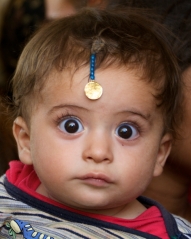 Yezidi child living in Khanki camp, Iraqi Kurdistan. His family fled ISIS in Sinjar and have been living there ever since. (Photo: Amy McTighe).

From the 26th of March to the 18th of April this year there have been 2,538 individuals (489 families) displaced from villages south west of Makhmour in Ninewa governorate. This is the first monitored displacement as military operations to liberate Mosul and surrounding villages have been launched.

A total of 553,104 individuals are reported to have returned to their location of origin across Iraq. Salah al-Din governorate has experienced the highest number of returns, with 262,074 individuals. Ninewa and Diyala also reported a high number of returnees (respectively 131,766 and 118,404), mainly due to improved security conditions.

Additional resources are needed to assist displaced Iraqis, many of whom were forced to leave their homes at a moment’s notice and require comprehensive support. IOM will continue to cooperate with the UN Humanitarian Country Team, humanitarian partners, government authorities and our donors, to assist displaced populations throughout the country.”