In a report published by Middle East Eye states that they have seen a top-secret strategy document prepared for Abu Dhabi Crown Prince Mohammed bin Zayed al-Nahyan which reveals that the United Arab Emirates is losing faith in the ability of Egypt’s President Abdel Fattah al-Sisi to serve the Gulf state’s interests.

The document, prepared by one of Bin Zayed’s team and dated 12 October (2015), contains two key quotes which describe the frustration bin Zayed feels about Sisi, whose military coup the Crown Prince bankrolled, pouring in billions of dollars along with Saudi Arabia. It says:

“This guy needs to know that I am not an ATM machine.” Further on, it also reveals the political price the Emiratis will exact if they continue to fund Egypt.

Future strategy should be based on not just attempting to influence the government in Egypt but to control it. It is summarised thus: “Now I will give but under my conditions. If I give, I rule.”

Egypt, which has recently tried to stem a run on the Egyptian pound, is heavily dependent on cash from the Emirates, which have become the largest foreign direct investor. At an economic conference in Sharm el-Sheikh in March, the prime minister of the UAE and ruler of Dubai, Sheik Mohammed bin Rashid al-Maktoum, revealed the UAE had already given Egypt $13.9bn and he pledged $3.9bn more.

The real amount of aid Sisi got from the Emiratis is thought by analysts to be closer to $25bn, around half of the total Gulf aid to Egypt.

Only $16.4bn remain, and of those only $2.5bn are in gold, according to a former Egyptian official who spoke to MEE on the condition of anonymity. The rest is in the form of loans. This is insufficient for covering the import of basic commodities for two months.

The document, seen exclusively by (Middle East Eye), questions whether bin Zayed is getting a proper return on his investment. It also reveals unhappiness with the Egyptian officials the Emiratis thought they had recruited, because it became clear to them afterwards that they were not as loyal to the Emirates as they were to Egypt.

The strategy paper says that in future the Emiratis should select their partners in Egypt with more care. In a reference to the current campaign in the Egyptian media against the new Saudi ruler, King Salman, and his son Mohammed – which has seen the Kingdom attacked for its role in Syria and allegedly over-bearing control of Egypt – the document says they will have to stop the war of words because it hurts Emirati interests.

The strategy document outlines three phases of investing in Egypt which will start early next year. In the third phase, the Emirates will seek to move from financier to “full partner“.

The Emirates should recruit and finance Egyptian think tanks, universities, and media outlets, the document says. It goes on to state that these direct investments should have a clear strategy and vision and that every down-payment should be tested for the benefits it will bring Abu Dhabi.

The paper spells out in blunt terms Emirati ambitions to control Egypt.

This aim is inherent in a section recommending three conditions for continuing the bailout of Sisi’s government. Each of these are domestic policies.

Those conditions are: removing the petrol subsidy over the next three years by respectively cutting it by 30 percent, 30 percent and then 40 percent annually; demanding that the Emirates should set the strategy for the price of the Egyptian pound in comparison with the US dollar, which would be tantamount to controlling Egypt’s monetary policy; and cutting bureaucracy.

The document further reveals the extent to which Sisi has let down his paymasters.

One analyst who has been studying the deteriorating relationship between the two countries said: “The criticism indicates that they are not happy with Sisi and that he is not serving their purpose. The main idea the Emiratis have is that MBZ [bin Zayed] should be the real ruler of Egypt and whoever is in charge must do what he is asked to do by them.”

There are three reasons for Emirati concern.

First, the Emiratis think the media war that has broken out between Egypt and the Saudi Kingdom is hurting Abu Dhabi’s interests. Last month the Egyptian newspaper al-Youm al-Sabea reported a row between the chairman of the state owned al-Ahram media group Ahmed el-Sayed al-Naggar and the Saudi Ambassador to Egypt Ahmad Qattan, which ended with al-Ahram claiming that “even a building in central Cairo” is older than the Kingdom.

A pro-government TV anchor, Ibrahim Eissa, accused Saudi Arabia of funding terrorist groups in Syria, called on Sisi to stop being “a captive to Riyadh,” and urged Egypt to be liberated from the relationship of gratitude to Saudi Arabia.

Second, the Emiratis are unhappy about Sisi’s broken promises to send ground troops for the Saudi-led campaign against the Houthis in Yemen, a war in which the UAE was forced to commit troops. Sisi used the expression in Egyptian Arabic “masafah as-sikkah,” meaning it would take him the time it needs to cross a road to come to the aid of the Gulf States if they needed military aid.

So far, no Egyptian troops have materialised on the ground in Yemen.

Third, they complain that Sisi is not listening to them when they ask for economic and administrative reform or when they demand that good governance be used as the basis of a stable state.

“From Abu Dhabi’s point of view, Sisi has not performed. He does not have  a strategy for economic reform. Services are very bad. So from the Emirati perspective Sisi is not doing what he is told to do,” the analyst, who spoke to (Middle Eastern Eye) on condition of anonymity, said. “In the coming phase, starting early next year, the Emirates are planning this extensive campaign. They are not deserting him [Sisi] and he is still their man, but nor are they happy with him. They want total submission, so that they are the real rulers.” 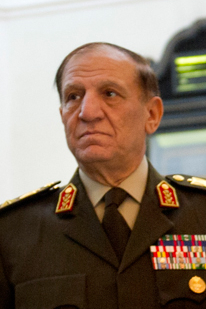 Sisi’s relations with Riyadh also worsened after he discovered that a rival Egyptian army general has been in the kingdom for the past two weeks holding private talks.

Sources close to the kingdom reveal that Egyptian military intelligence asked the Saudis why Sami Anan, a former chief of staff, was there. They were told Anan was there on a private visit and in an individual capacity and there was nothing the government in Riyadh could do to stop it.

Anan was second only to Mohammed Hussein Tantawi when Mubarak was ousted in 2011. He was sacked by Mohammed Morsi when the latter became president in 2012. However, when Morsi was in turn ousted by a military coup a year later, Anan announced his ambition to be a presidential candidate. He is 70 and is regarded as close to Washington; he was in the US at the time of the 25 January revolution.

According to the informed Saudi sources, Anan is one of three names being considered to replace Sisi. The others are Ahmed Shafiq, a former general who is at present in exile in Abu Dhabi, and Murad Muwafi, a former head of the General Intelligence Directorate, who like Anan was sacked by Morsi. Both Shafiq and Muwafi are regarded as close to the Emirates.

In his conversations with Turkish President Recep Tayyip Erdogan, King Salman has made no secret of his wish to keep the military in charge of Egypt. Saudi Arabia regards the Egyptian military as the only guarantor of the country’s stability, and it is stability rather than democracy that concerns Riyadh.

However, that calculation has changed in the past three months to the extent that Salman no longer regards Sisi as a stable leader of Egypt.

They think Sisi’s term as leader has expired, so they are examining who within the military could take over, as well as reaching out to all sections of the Egyptian political opposition, most of whom are in exile.

Anan, regarded as a calm but wily leader who is naturally risk averse, is a leading candidate for Saudi favour.

He has a strong claim to represent the Egyptian military, although those very credentials render him suspect to Egyptian opposition forces, who recall his time in the Supreme Council of the Armed Forces, which ruled Egypt from Mubarak’s overthrow to Morsi’s election and oversaw the country while the blood of protesters was being spilled in Cairo’s Tahrir Square.

“If they are looking for a military figure, Anan is the best option. But someone accepted by the military is not going to be accepted by the majority. That is where Anan’s problem would be,” said one member of the Egyptian political opposition.