A masked member of YDG-H, youth wing of the outlawed PKK, stops a car near Diyarbakir, where two British journalists have been detained (Photo: Reuters)

Amnesty calls for immediate release of Jake Hanrahan and Philip Pendlebury, of Vice News, who were arrested with their fixer in the Kurdish south-east of the country and are due to appear in court on Sunday

Two British journalists working for Vice News have been detained by Turkish anti-terrorism police for allegedly reporting from the country’s majority Kurdish south-east without accreditation. They are due to appear in court on Sunday and have been named locally as Jake Hanrahan and Philip Pendlebury, a cameraman. A spokesman for Vice News said it was working with authorities to secure their immediate release.

They were detained on Thursday in Diyarbakir city where pro-Kurdistan Workers’ Party (PKK) youths clash frequently with security forces.

They have not been charged. (UPDATE: Charges have been made.)

A local official told the Associated Press they were detained for filming without government permission.

However, other sources said the three had been “in close contact with” PKK militants or were accused of supporting the Islamic State of Iraq and the Levant (Isil). 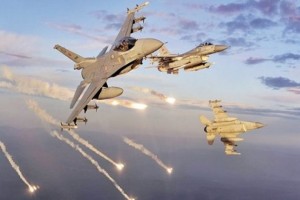 “This is yet another example of the Turkish authorities suppressing the reporting of stories that are embarrassing to them. They should release the journalists immediately,” he said.

“It is completely proper that that journalists should cover this important story. The decision to detain the journalists was wrong, while the allegation of assisting Isil is unsubstantiated, outrageous and bizarre.”

Violence between the PKK and Turkish security forces has escalated since a three-year ceasefire came to an end in July, when militants shot dead two police officers. Government forces have responded by bombing PKK targets in Turkey and Iraq.